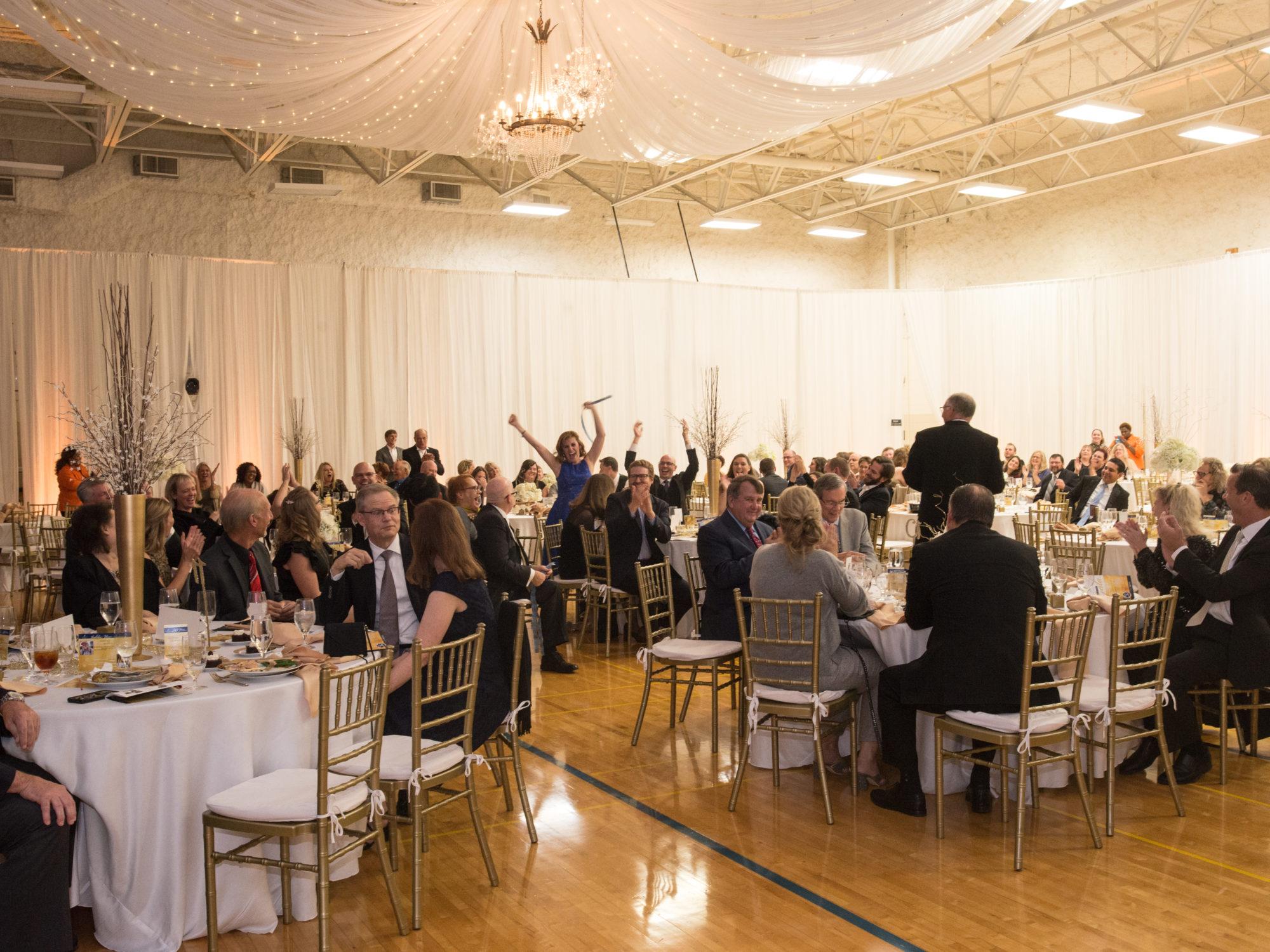 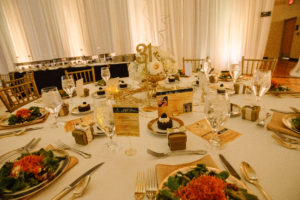 Tables decorated in the gym for the Golden Gala. Photo courtesy of Hollie Macomber.

Spring Valley Academy’s annual gala auction this year celebrated the 50th anniversary of the school. The Golden Gala was hosted on campus on October 21, 2018.

“The past several years, we’ve had the auction at off campus locations,” said Darren Wilkins, SVA principal. “But with the 50th anniversary and our new Worship and Performing Arts Center completed, we really wanted to hold the event at the school.”

The last four galas have raised money for the just-completed first phase of the Worship and Performing Arts Center, and this event gave SVA the opportunity to show these Gala sponsors, donors and volunteers what their gifts had been used for. With the first phase of this new facility costing around $5.5 million, the gala was one of the major donors of this project, contributing over $1,000,000 to the campaign. 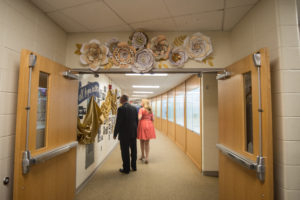 The high school hallway was used as a photographic timeline of SVA through the decades, thanks to the creativity of Jennifer Reed, Jennifer Bouz and their team.

“The local community rallied around this project through their sponsorships of our gala,” said Angie Peach, development director.  “While some of our sponsors have the opportunity to spend time on our campus on a regular basis, we really wanted to show those that don’t how their donations have been used to provide this fantastic new space for our students and our community.”

The evening featured a silent auction and appetizers held in the newly renovated science labs, with middle and high school students serving our guests. The silent auction was possible through the tireless volunteer leadership of Kathleen Cabansag and Rhylma Villegas who organized a team of people to solicit, collect and assemble over a hundred silent auction items. This portion of the evening helped to raise $25,000 for the school. 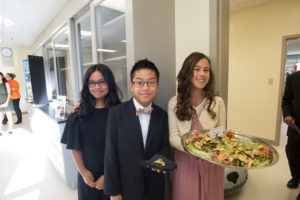 Following the appetizer hour, there was a concert in the Fritzsche Worship and Performing Arts Center featuring the High School Band under the direction of Donald Huff. The concert theme was “Decades Rewind,” and the selections took the audience on a musical trip through the 50 years of SVA’s existence, interspersed with videos featuring alumni from each decade. The 1970s medley was particularly rousing, prompting the audience to their feet to perform the YMCA. 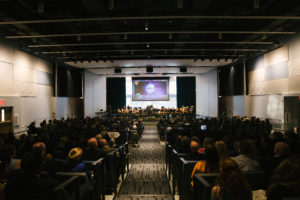 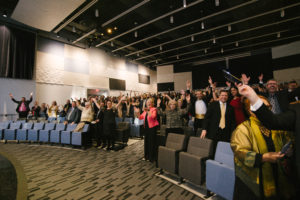 Following the concert, guests were treated to dinner in an almost unrecognizable gymnasium. The creative vision of Gala Committee members Jennifer Bouz and Jennifer Reed, the gym was transformed into a beautiful banquet hall with gold accents and flowers arranged by SVA grandparent Jimemah Perez. The SVA Stage Band played music from the year of SVA’s founding, 1968, and dinner was a delicious buffet from Scratch Event Catering. 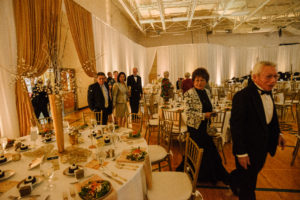 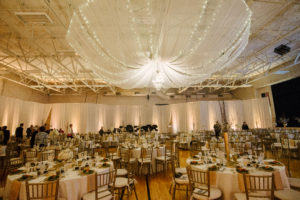 The transformed gym — the result of hard work by Jennifer Bouz, Jennifer Reed and their team of volunteers. Photo courtesy of Hollie Macomber 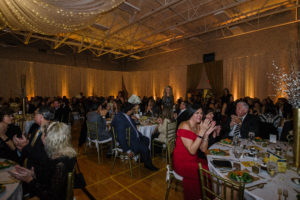 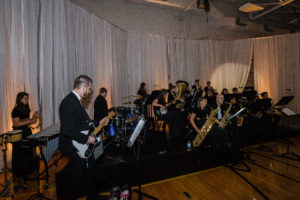 To cap off the evening, several trips and experiences were auctioned during the live auction for a total of $42,000, and over $84,000 raised through the live appeal which followed. In total, the event raised over $310,000. A minimum of $200,000 is committed the new Center for Worship and Performing Arts to complete the fundraising for phase one and a donor-restricted $25,000 is going to our center circle plaza project that will be completed by the end of November.

A special thank you to our Title Sponsor Kettering Health Network for their continued generosity and unparalleled support of Spring Valley Academy. Thank you to all of our sponsors, a full list can be found here. Our Golden Gala Committee under the leadership of Board Chairman Frank Perez was, as ever, hardworking, creative and driven to present a fantastic event to our guests. Thank you to all who attended, gave generously and helped to make the evening a success!