The Hills are Alive at Annual Gala 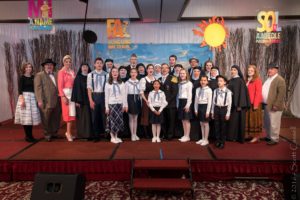 This year’s event was titled “The Hills are Alive” and featured a fantastic dinner theater performance of The Sound of Music. Over 360 attendees were treated to a fine dinner, great music and acting by SVA students and community members, and a great selection of silent and live auction items. The crowd included many of the community’s business leaders and even Ohio Congressman Mike Turner.

The first architect’s renderings of the new chapel building were presented along with the vision of how this new space will make a real difference in the lives of our students. After all the auction items were sold the evening ended with a direct appeal for donations to support the chapel campaign. Dozens pledged donations in thousands and hundreds of dollars. In the space of 10 minutes $104,000 were raised just from the appeal. All told the gala garnered over $300,000 from sponsorships, auction sales, and the live appeal.What a blessing!

From the beginning we’ve know that we would need the Lords help to raise the $5.5 million needed to complete this project. We know that He has a thousand ways to provide when we are walking in His will. Now we are well over halfway to the goal. He has brought us this far and He will carry us through to completion. If you would like to be part of the vision and share in the blessing, please contact me at Spring Valley Academy. – Darren Wilkins, Principal